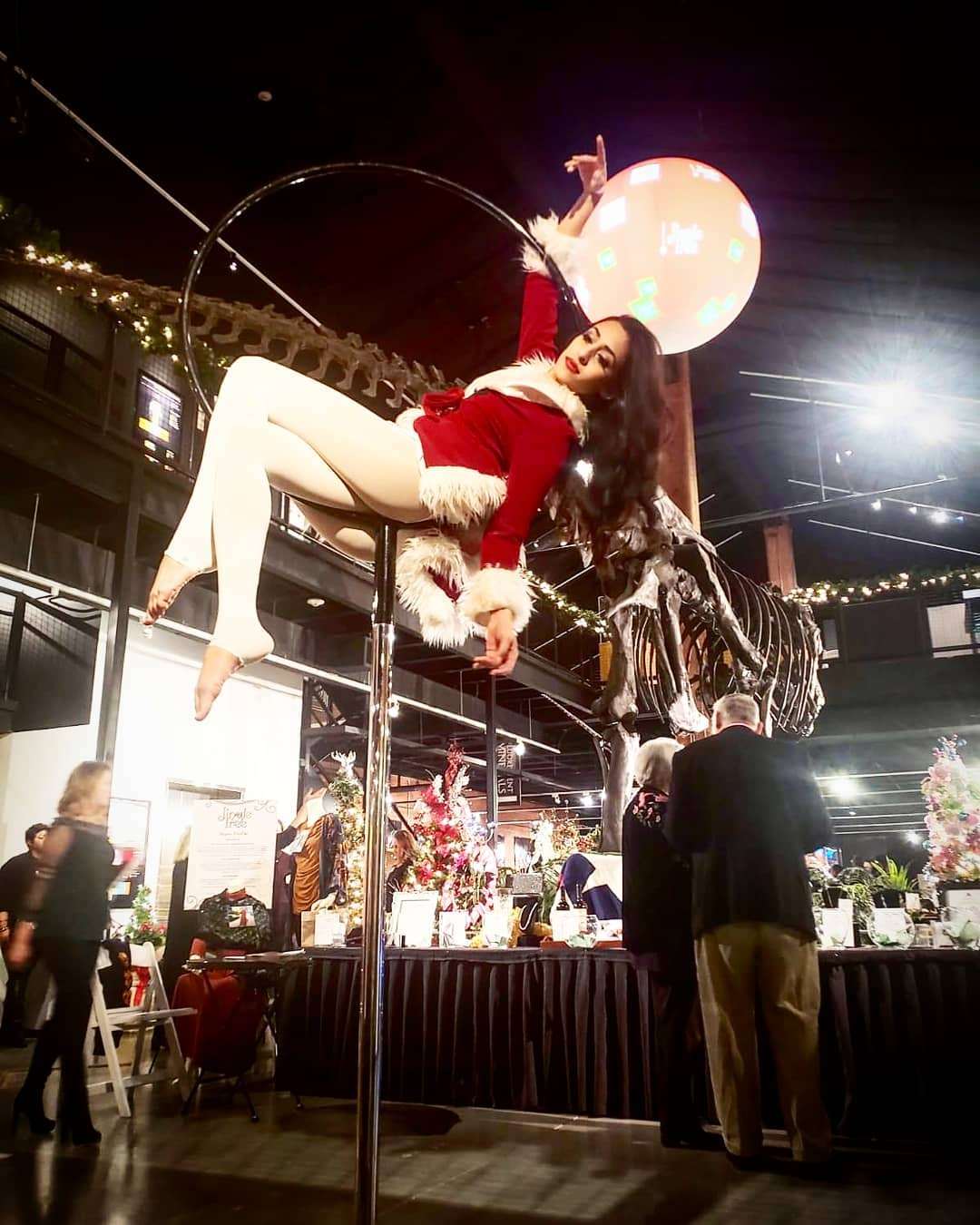 Sugar Land, an upscale suburb of Houston, has quite the unique history.  A notorious prison farm built in 1909 was used to force African Americans and other poor men to work off arbitrary debts in the sugar industry.  As the surrounding city grew more prosperous the prison was closed after 112 years of operation.  It was then transformed into a science museum enjoyed by thousands of visitors each year.  I had the great pleasure of performing in the museum for a fundraiser called Jingle Tree where beautifully decorated Christmas trees were auctioned off to benefit science education and research.  I brought my lollipop lyra to the event was placed right in front of a massive T-Rex skeleton centered in the atrium.  It was definitely a treat to hang out with everyone’s favorite dinosaur.  Thanks so much Knockout Entertainment for the opportunity!